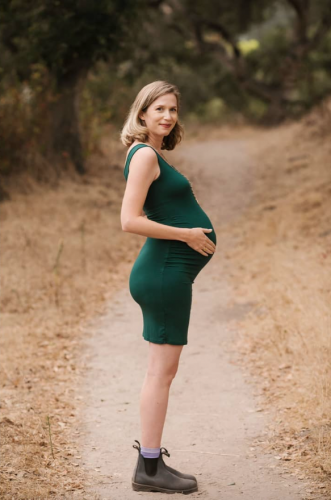 "I started the painting 'Unreachable Spring' at the very beginning of the pandemic, shortly after I found out that I was pregnant with our first child. I was thinking a lot about longing, feeling cut off from the world, and also the way everyone was watching each other from afar with a sort of insatiable desire to report wrongdoing. Specifically, I joined the "Next Door" community app for my neighborhood. I would read posts about people seeing neighbors selling toilet paper on their lawns at absurd prices, or people lamenting their neighbor’s decision to go on a trip as they watched them pack their car. People would often post photos of other’s out in public not wearing masks. The most memorable of these photos was a single shirtless young man using the outdoor shower at the beach with the ocean behind him, which in Pismo is allowed—the beaches were never shut down and he was clearly alone which adheres to county regulations. It was posted to shame the guy, but the image was so voyeuristic and vulnerable that eventually people started shaming the photographer. All of this started to make its way into the work and this painting in particular—the ways we were watching the outside world those first few weeks of lockdown, sometimes with longing, at other times rage and indignation, and then stretches of disorienting disbelief."

And Spring came and didn't. A Spring that was urgent, half-naked, vulnerable (to longing and disease, to policemen), still full of spirit and fierce in its assertion of life, but also locked down, isolated, indoors. We became a people trapped in our homes, peeking through the glass at life elsewhere. Through our windows at the flourish of leaves and blossoms outdoors, and through the screens on our phones and computers. Month after month, the world happening just on the other side. 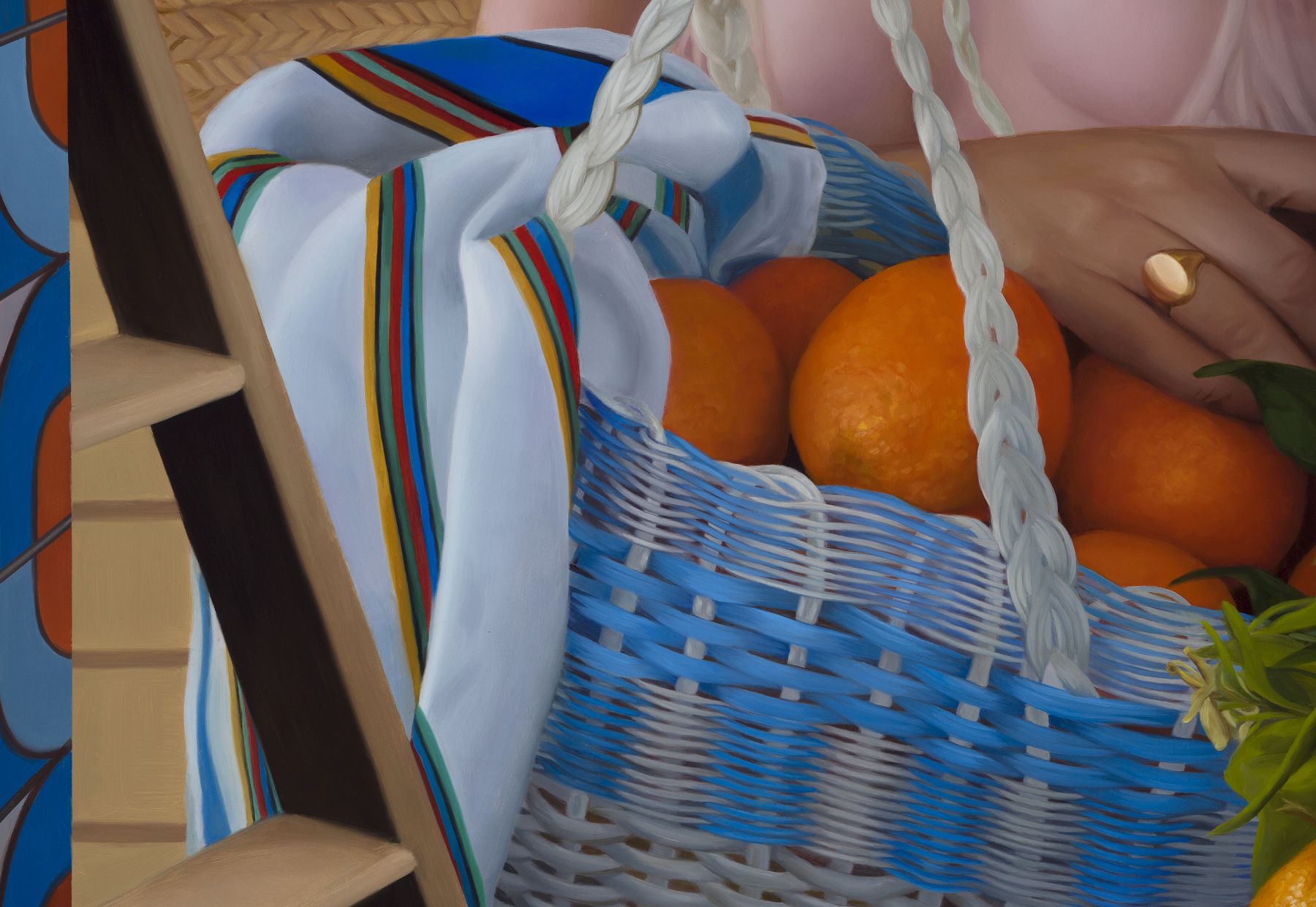 With utter precision and a sun bright palette, a woman gathers citrus into her basket in Laura Krifka's painting "Unreachable Spring". She too is just on the other side of a window. Blues like a breezy May sky weave into her basket and the succulent orange of the citrus piled inside it mix together in the pattern of the wallpaper that limns the window frame. A taste of how we try to capture the bounty of Spring in the webs of our designs, how we always attempt to make permanent in art the promise of Spring.

As a glance through those windows ages into a stare, an odd voyeurism emerges. The act of looking over time can lend its watchers a dark authority and we can begin to feel the right to look, to control what we see, a desire for the world sometimes transforms into a desire to control its appearances. What truly inspires us to denounce our neighbors for breaking the rules, unmasked, perhaps selfishly, in the open air? When do we become the police? 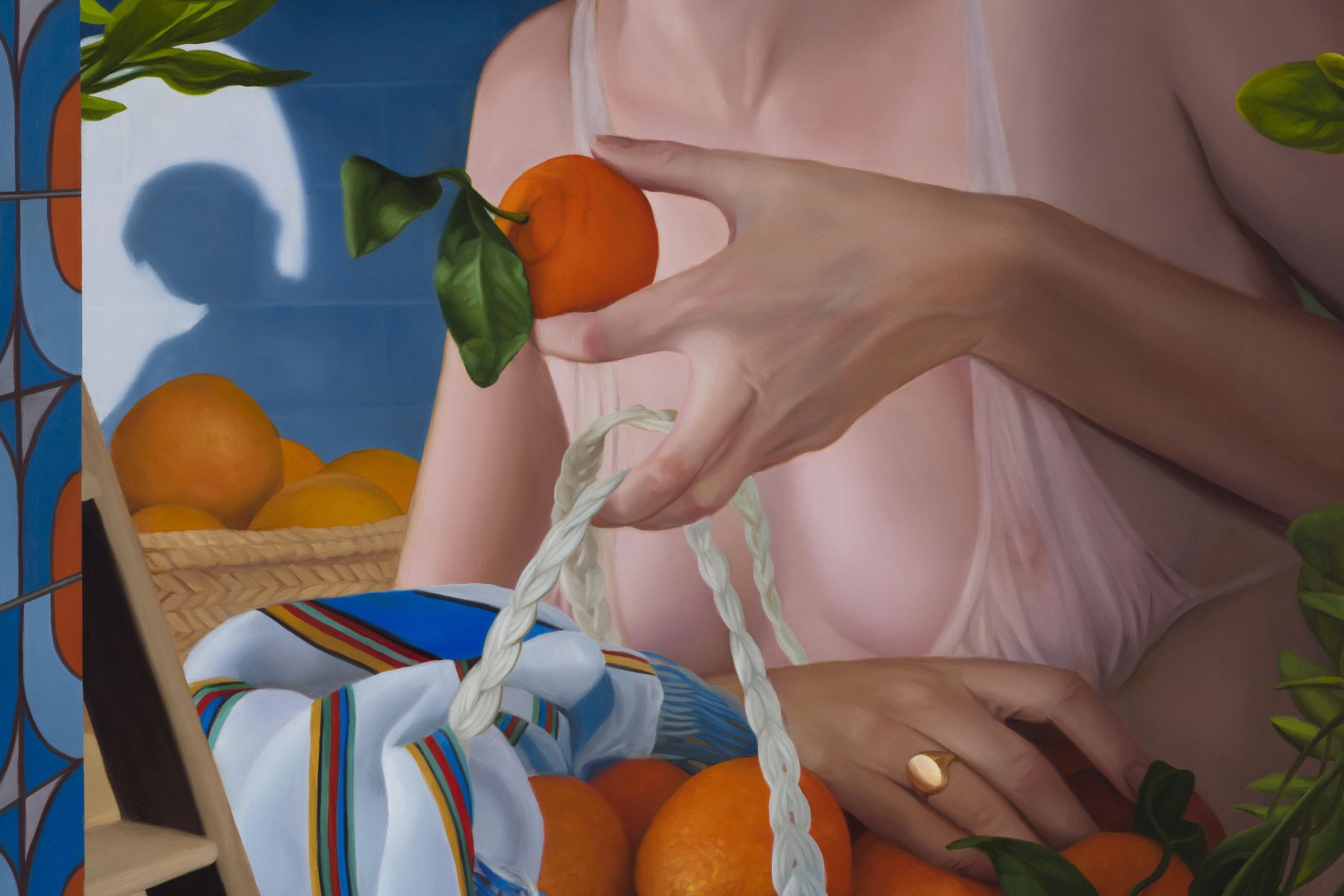 These days, I try to remember Tantalus. Forever trapped in the underworld, part of his divine punishment was to be plagued with clawing hunger, a fruit hanging at his lips moving just out of his grasp every time he might reach for it. Not far away in Hades, Sisyphus was doomed to roll a stone perpetually up a hill. Whenever he neared the top, it would roll back down, and he would have to start again. In his essay The Myth of Sisyphus (1942), Albert Camus offers that if the world were stripped of divine purpose, then we are all Sisyphus, that we are forced to create our own meaning in the struggle, that the struggle alone is the meaning. Camus entreats us to imagine Sisyphus happy.

Looking at Laura's painting with all its lush beauty, I try to imagine Tantalus happy. It's tough, but I will keep trying. Desire at its inception is a sign of life. And even if I were never able to eat an orange again, I would still wish to contemplate the memory of its cool skin on mine, to draw the shape of my hunger for the cool juice of its pulp, to swallow all its flavors if only with my eyes. In “Unreachable Spring”, a citrus beckons from the window ledge, looking in its sunbright hue and sensual curve more real than real. And like all the fruit tantalizing us from paintings, it is always unreachable. 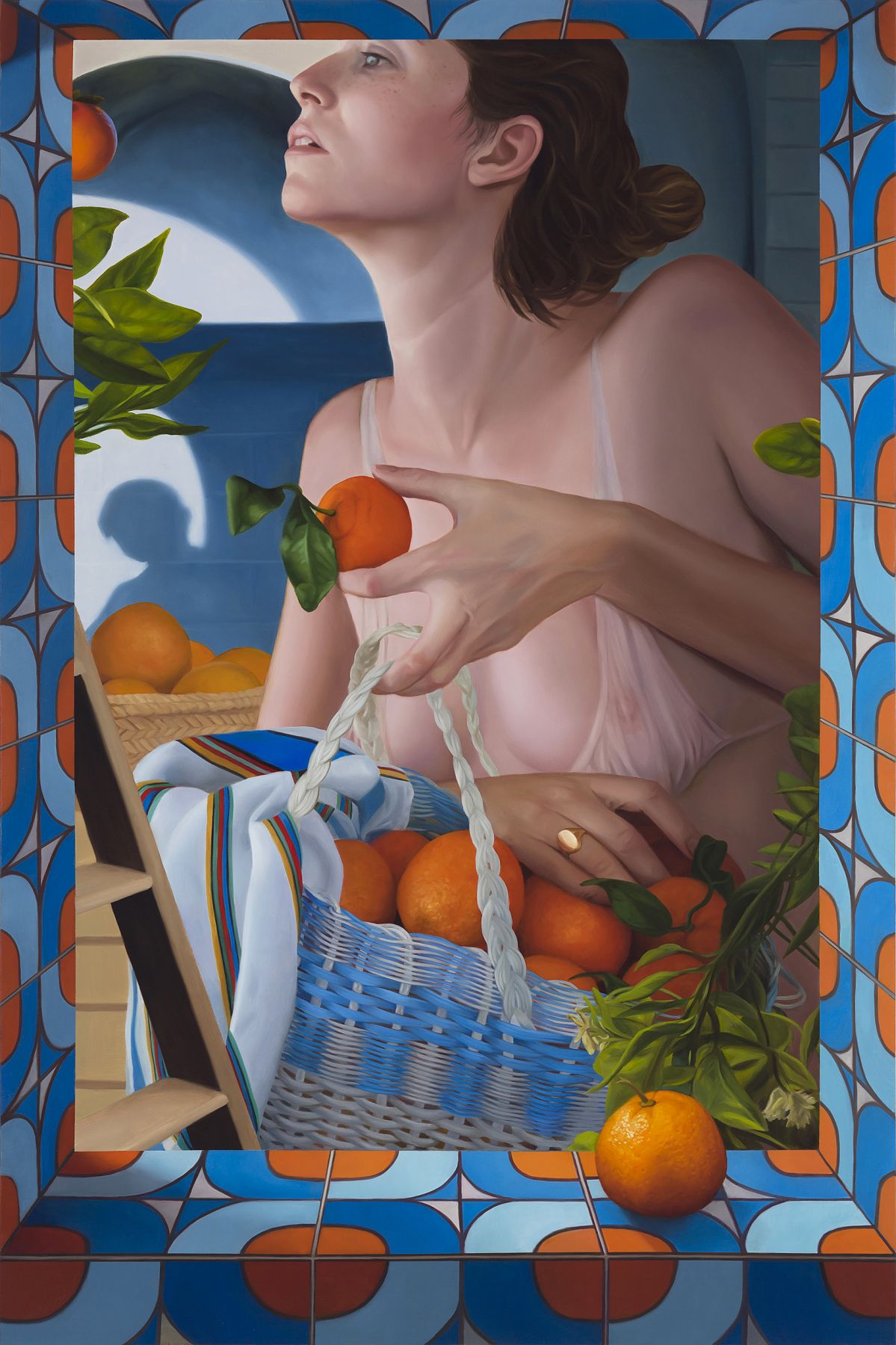 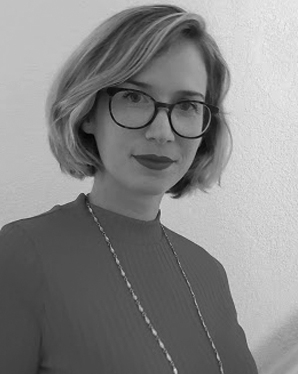 Laura Krifka was born 1985 in Los Angeles, CA. She lives and works in Pismo Beach, CA. Krifka received her MFA from UC Santa Barbara in 2010 and her BFA from California Polytechnic University San Luis Obispo in 2008, following earlier studies at Newbold College in England and Avondale College in Australia. Krifka has exhibited her work at venues throughout Southern California including the Torrance Museum of Art, Westmont Ridley-Tree Museum of Art, LA Louver, CB1 Gallery, and Beacon Arts in Inglewood, as well as at Zroboli Gallery in Chicago, BravinLee Programs in New York, and Vast Space Projects in Las Vegas. Krifka’s work has been featured in various publications including Los Angeles Times, The Huffington Post, Santa Barbara News-Press, New American Paintings, and Artillery Magazine and her work can be found in the permanent collections of the Santa Barbara Museum of Art, Westmont Ridley-Tree Museum of Art, and the Art, Design & Architecture Museum at the University of California, Santa Barbara. She is represented by Luis De Jesus Los Angeles. 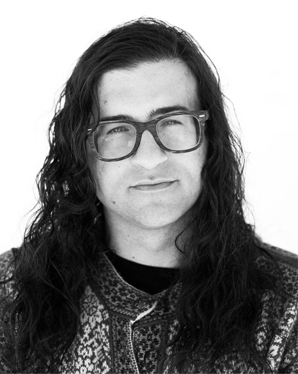 Andrew Berardini (born 1982) is an American writer known for his work as a visual art critic and curator in Los Angeles.  Berardini works primarily between genres, which he describes as "quasi-essayistic prose poems on art and other vaguely lusty subjects." He has published articles and essays in publications such as Frieze, Mousse, Fillip, Artforum, ArtReview, Art-Agenda, Paper Monument, Art in America, Public Fiction, Rolling Stone (Italy), Die Welt and the LA Weekly. He previously held the position of assistant editor of Semiotext(e) Press and is currently Los Angeles editor for Mousse, senior editor for Artslant, contributing editor for Momus and Art-Agenda, and co-founder of the Art Book Review.  He is the past recipient of an Andy Warhol/Creative Capital Grant and the 221A Curatorial Residency.